So at 9pm my Partner and I settled down for our daily dose.

I’m not really a fan of other reality TV shows but until recently there was another reality star who left the jungle saying it was hell and the hardest thing they had to do and I know in my pursuit of personal growth for my best interests I shouldn’t judge or get frustrated but another ‘Hands Up’. I found myself getting annoyed with this person wondering where had they been because the show has been transmitted for over a decade and it is common practice that the contestants get transported to the Jungle by helicopter that they also normally have to jump out of said helicopter yet this person couldn’t even take off in the helicopter without a panic attack.

Because of their inability to take the helicopter trip they didn’t have to partake in the challenges their fellow camp mates had too, such as jumping out of said helicopter or Zip Wire in pitch blackness across a deep dark ravine however they incessantly complained how difficult the whole scenario was and after 3 days with no ‘Trails’ stated the infamous “I’m a Celebrity Get Me Out of Here”.

Their negative energy was having an effect on their fellow camp mates and effecting their own energy. A case in point for one of the books I am reading at the moments ‘Penney Peirce’s’ “Intuitive Way” and was probably for the best even though the outcome was probably not the best desired outcome with the TV Programmes producers.

Tonight’s viewing opened with the warning about another camp mates singing prowess. This camper had woken up and immediately started “Singing” then pulled their underpants up to probably what could be an excruciating high level and started dancing about the camp.

Other people commented on this persons incredible energy level and they were obviously having a positive effect on the rest of the group and elevating their energy levels by the expressions on their faces.

At times as more and more people come into the camp there has been slightly heated conversations over the bed situations as some have proper camp beds and other hammocks.

A bit later in the show another camp mate commented on how the high under pants wearing contestant seemed to be having so much fun in their hammock. They replied “Mate its great, you should see how I get to sleep” and promptly went on to demonstrate how they use the floor for purchase and then proceed to create a rocking motion that can send them off to sleep.

That’s when it hit me (once again, hence the part 2). Here are two people in the same reality show. One has jumped out of an aeroplane, partook in ‘Bush Tucker Trials’ and one, none of the latter and one is embracing it and singing and dancing and the other thinks is a living hell and couldn’t take any more proving in point that life etc is – All a Matter of Perception.

We maybe in Hell but we can literally get out of that Hell in 68 seconds (check out Abraham-Hicks) if we concentrate our thoughts on things we are grateful for and if we aren’t careful and don’t monitor our thoughts and our perception of our reality we can place ourselves in Hell.

(Note: Maybe another helpful reference point. The other book I am currently reading = Dr Joe Dispenza “Breaking the Habit of Being Yourself”) 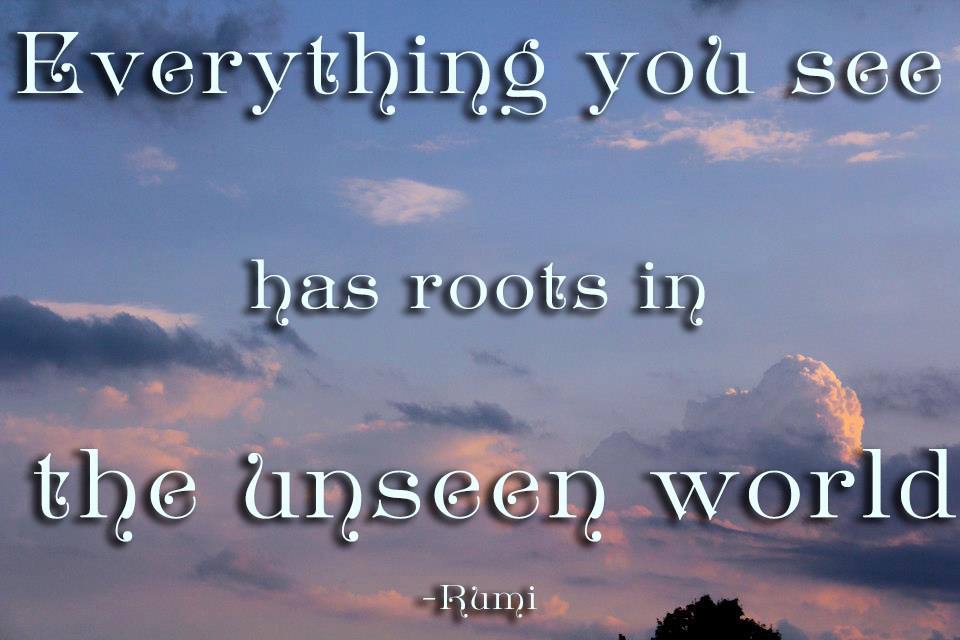 It’s been a long time since I have blogged because I have been lucky enough to have recently spent two long leisurely weeks on a Greek Island.

On the Plane out I eagerly started reading Pam Grouts new book E:Cubed that I had stifled myself from reading, saving it for my holiday but as soon as I landed all thoughts of it evaporated. I did makes some notes to myself on the plane that my first readings provoked but they too were lost in the mist of Cosmo’s and Kleftiko and on my return it has been quite a struggle to reconnect with my Pre-holiday self ….. but maybe I Am not meant too ………………….. maybe she has gone ??????????

I have been starting to reconnect with some of my newly forged habits, like listening to YouTube video’s on the way to work and reading Inspirational Fact instead of fiction but the content is slightly different.

Early on in the holiday I was laying on a sun bed when I had a strange feeling. I started to perceive people’s energy fields that were lying around me. Surrounding by all these new strangers (in physical form) I could sense who emanated a good/positive/negative/aggressive vibe. Despite various alien languages to me the tones of their voices or conversation appeared to confirm the feeling of their energy.

I didn’t pursue this feeling, just purely acknowledged is existence but at the same time the experience never really left me. Sitting there quietly inside me saying “remember the time you could feel the people on the beach”.

When I got back and felt disconnected I asked the Universe in guidance of what I should do next and instinct said click on a certain YouTube video and via that Video clip I was introduced to Penney Piece who was discussing vibration and instinct etc. I didn’t get to finish listening to the video on that occasion but picked it up the next day and when it did finish I still had time available to listen to more material but without my glasses on I poked at the next video below and on came the familiar voice of Ester Hicks articulating Abraham.

Now back in 2010 when I learned of the Law of Attraction, Abraham-Hicks was my next big thing. I used to have a habit of visiting my favourite book store (pre Kindle and iPad) and locating myself in the Spiritual /Self Help Section and letting my eyes roam over the shelves and trust my instincts to highlight the books I needed to see and on one particular occasion for some reason I ignored my instincts until the book kept knocking on my door saying “Hello !! You Should read me” and it was “Ask and It is Given”.

I have listened to several Abraham-Hicks YouTube vids over the last few days as well as downloading various sample copies of Penney Pieces books and the advise I am getting is all about energy and vibration and linking in to it and our’s and keeping it high regardless of the situation.

At the weekend I was very anxious at returning to my current employment after being away from it for several weeks. I had a feeling of foreboding however I read recently but via whom it escapes me someone meeting a remarkable women whose mantra is three or two little words depending how you wish to pronunciate it , which are “It’s OK” so taking this when ever I have felt anxiety rise in me I repeat silently to myself “It’s OK”. I took something else from another book I read recently “Love yourself Like Your Life depends on it” by Kamal Ravikant via reading James Altucher’s book “Choose Yourself” and repeat “I Love Myself” over and over again when ever I feel self-deprecating thoughts. So armed with “It’s OK” and “I Love Myself” along with concentrating on keeping my vibration high regardless on the situation I have come out of my first week back at paid employment unscathed and actually on a high, so maybe my conscious efforts emanated a positive energy vibration from myself that touched others around me and they couldn’t help but replicate the same back to me.

What I am feeling now is slightly Woo Woo and an inner knowing that educating myself far more deeply than I have ever taken the time to do before on the subject of energy fields and our actual effects on it is the next stage in my physical evolution.