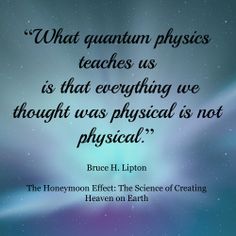 As I child I was fascinated when I heard that the majority of our brains are unused and marvelled at the idea of tapping into the untapped. We all thought that right ?

My best times are when I remember that I am an infinite being having a human experience and I have the capacity to tap into the All and life just flows like liquid bliss and my worst times are when I am being human and forgetting I am infinite. Then I am treading through excruciating mud. But we all do that, right?

Recently I did a worksheet exercise in a book I am reading “The Fire Starter Sessions’ by Danielle LaPorte which I bought after listening to an interview with Danielle on Marie TV (Marie Forleo) where you are at the most awesome life changing cocktail party ever with the most interesting empowering people who all want to contribute to your career and then there are a set of questions what, where, when type of stuff now that you have these awesome people at your finger tips and what I found is I am still that little girl who wants that brain tapping power.

Actually in the words of Craig David (just awesome that he’s making a come back by the way) – can I have a rewind.

I have absolutely no doubt about that power potential of my and while I still have human mud wrestling days where it is more like tap out than tap in actually what I wanted/want to do is share that message to as many people about the capacity we all have available to us.

After carrying out that task I had an exciting thought or should I say feeling. I felt that some day soon the world will wake up and what feels alien to most, if in fact they are even aware of it at all will be the norm and we will be using our infinite power source at 100% capacity, 100% of the time.

So why I love Lucy?

The other day needing to give my awesome brain a break from filtering through endless information I decided to download a film with no real idea of what it entailed. Instinct drew my attention to “Lucy”. Not sure why but learning from reading “The Richest Man in Babylon I remembered to take advantage of opportunity.

I started watching when my partner came home unexpectedly early and sensing it wouldn’t be his cup of tea I switched off saving it for later. Later came and the other half was flipping through our TV planner and saw Lucy asking had I watched it?

I explained I was only 10 minutes in. He then said someone he knew put on Facebook it was the worst film they had seen and that it was 90 minutes of their life they wouldn’t get back. He said shall I delete it and save us the same fate?

He deleted it but instinct would not let this baby go and our TV system has the ability to bring back from the dead ie: undelete deleted and as fate would have it he later told me in bed that it was boys pool night the next evening.

I remember reading in a Greg Kuhn’s book once and example of two people going to the cinema and one thinking it was the best movie they had ever seen and the other, the worst and it was an analogy of how everything we experience is a perception. It has always stuck with me and while I am not going to take responsibility for your watching it if you so choose but I loved it.

I love how movies have messages in them or maybe they don’t and maybe I am reading too much into them but I saw messages in Lucy telling the viewer of how we never really die if they haven’t ever heard that before. The energy source that we are made up of is infinite and everywhere – basic quantum physics or law of attraction stuff which ever definition floats your boat and now that you know that you human tuning fork you what are you going to do with your unlimited capacity?