Following feeling inspired yesterday to research Wordpress as it was niggling at me. I did, I made an account and then I ….. I went blank. Mrs document the slightest little thing knickers, went blank and couldn’t find a thing to write about.

Mind you I am obviously not so tech-no geeky as I thought I was and it was probably reading all the admin stuff that blurred any other interpretation of wordage to arrive so I decided to just sit.

I asked the question in my sitting “Maybe I Am not ready?” And instantaneously the voice said “you were born ready”. Oh OK.

In my sitting I said an affirmation “I Am therefore I can” but then I thought about it and thought “therefore I can” sounds like I still have to achieve IT! Whatever IT is and reading Pam Grout – “E-Squared” the other day. It said as soon we desire to be or have something etc it’s done instantaneously and thinking on this I felt more comfortable with the affirmation “I Am therefore I Am” defined as the first I Am meaning I Am God/ part of the All that is so can achieve anything  and the second I Am meaning I Am whatever it is I was previously wanting to ‘Can’ I already have on some quantum level.

Money, money, money. Thanks Victor Boc and dollar a day guy it’s working. I have had a bad money consciousness all my life (my biggest hurdle) and I know God bless her but I probably picked it up from my mum and until recently I truly thought Am I never going to beat this one just like my belly and cellulite issue. I read and read and read all sorts of self improvement books and while I don’t doubt that they work I doubt my ability to change my thought processes in these areas as they seem to be so deeply routed which is crazy when I see LOA working in so many other amazing little synchro’s every single day, however bingo moment !! Yesterday as I was traveling to London it suddenly dawned on me I have just been given £100 to go to London for the day and do Ali stuff. Thanks Universe. Even more it made me realise this giving money away and it has to come back stuff actually really does work. That £100 gift far out ways what I have given away since I have only been adopting the approach since mid August .. Result or what.

I have always, try as I might not to, have had a sickening fear of always not having enough money. Worry worry worry but then I spotted a book on my kindle app on the ‘if you liked this you might like these bit’ by Victor Boc called “How to solve all your money problems forever” and I adopted the practices and it felt good, it actually felt good to give money away and the best bit was nobody knowing I’d done it, but get this I gave away 1% of my income and I started to feel a bit flat waiting to my next pay day to arrive to give more money away and if by magic Todd Silva in arrived in my awareness (the Universe always answers). I can’t even remember where or how I came across him but he was suggesting giving a dollar a day away. I live in England so immediately started giving a pound coin away but still call it a dollar a day as it rhymes better. Again the anonymity of it (which I’ve just blown) feels cool and I Am putting my £100 gift, oh and my £3 lottery win last night down to it and more importantly I no longer feel fearful about money, enjoy being philanthropic and the best bit of all actually feel for the first time in my life that I can … Sorry ‘have’ changed my wealth conscious thinking in the right direction at last, so if I can change this thought process I can change ‘Any’ negative thought process into a positive one.

Now I Am no stranger to this as when I started to make the correlation that every-time I give myself a deadline to lose weight, a challenge or just decide to get extra strict prior to an event I actually gain weight or obstacles arise and as I said previously the answer always appears and it rose in the way of a book by at the time an unknown author to me, Greg Kuhn and his book “Why Quantum Physicists Don’t Get Fat” appearing randomly at the side of a web page I was reading. This book was like a revelation to me but I did what I used to do prior to June 2010. Read it and then not put it into practice for very long. Then Pam Grout and E.Squared came around in July this year and I did the Jenny Craig experiment ‘Experiment #7’ as prescribed for 72 hours but then normal life crept up on me and never repeated it. Now following my sitting and the words that popped up I Am going to read these books again and make my whole life an experiment like Buckminster Fuller did, well on the eating front anyway for the moment and think about the thoughts I put into my food, not just for 72 hours but every hour I consciously can until I get this like the money thing. Until it is a new way of thinking and effortless like driving a car as I say to my trainees. “Have you heard the saying, it takes 30 days to build a habit? Well don’t beat yourself up when you start this job because you haven’t built the neural pathways yet to do it and it’s going to take time, like learning to drive a car, mirror, signal, manoeuvre. It’s going to take practised effort until you’ve built that pathway and it becomes second nature”. Like learning to ice-skate. Random one I dropped in from remembering one of Wayne Dyers books but perhaps its time to practice what I preach in the area of … well my butt and belly if I AM honest.

I just realised that I used the word ‘Sitting’ subconsciously. Now I am rubbish and Meditating or Visualizing even though I know deep down that’s the key to getting what you want your life to truly be and the other day I was mooching about in Youtube seeing what new recommendation were sent to me and there was a humorous one, and thinking now I Am not quite sure if it was the Dali Lama one or the Eckhart Tolle video that was saying if you travel to a Zen monastery the Monks will ask you how long you have been sitting, not meditating. IE: I have been ‘Sitting’ for 25 years. Probably true here too but in my case 25 years of reading other peoples books and not getting off my axxe and doing anything about it. But I like the idea of ‘Sitting’ I can do that. I have also noticed where what ever I did, including reading which my partner can’t get their head around I have the TV on in the background I now want the TV off more and more. It’s sound annoys me. Program’s and film’s I used enjoy bore me so Now I’ll use this time for ‘Sitting’. Not meditating, not visualising, just ‘Sitting’ and if something pops up or I slip in the gap bonus !!

I have been on annual leave this week and decided to start reading Wayne Dyer’s book “21 Days to Master Success and Inner Peace” I had bought on iBooks several weeks ago. I started two days later than planned but maybe that was perfect timing.

Day 1 was – be open to everything. Day 2 was – be attached to nothing and something I read linked into Pam Grout’s instantly done message and quite liked the idea of being open to everything and attached to nothing and lead me to note down an affirmation of “Be open to everything, attached to nothing and grateful for it ALL“. What a peaceful way of living. Day 3 was – Don’t Die with Your Music Still in You”. Wow that was a shocker. I was reading it on the bus to London where I was planning to spend the day in Tate Britain. The first paragraph was explaining that Kahlil Gibran says “When you are born, your work is placed in your heart”. This linked in very nicely with watching Tom Shadyac’s film “I AM” the day before and talking about the importance of our hearts not our brains and started the resonance that my not starting this book when I planned was part of a more superior part of me plan maybe? I could rewrite this whole chapter in this blog to explain how it related to everything that was happening in my life right now and how it felt like it was written for me directly but don’t worry I won’t, I just suggest that if you are reading this blog that maybe ‘your’ reading it is saying  – maybe you need to check this book out yourself. One bit I will refer to was an analogy of your ‘Intuitive invisible presence within you as a nagging little creature that sits on your right shoulder and reminds you when you have lost your sense of purpose’ because I had had a nagging little feeling gnawing away at me for a couple days but that’s to come in another post.

The book describes your Right side of your brain as the one you should follow and the Left side as the, hang on a minute, oh no don’t step out of the crowd, what if, what if, what if. I have tried so many attempts to step away from the crowd and go in my direction but have let the left brain win. I give up at the first perceived failure, negative comment etc. Get back in the box you !! At the end of day 3 there was this comment by Thoreau “If a man does not keep pace with his companions, perhaps it is because he hears a different drummer. Let him step to the music he hears, however measured or far away” Now I know I have always had a different beat inside me and used to ask why and for a while now I have been feeling ‘who cares take me or leave me’ now that I have taken the leap to put my music out there on a public stage rather than an Ali to Ali blog the feeling I have inside even if no-one reads it feels so right in my heart I have to keep going in the direction of my little drummer ‘IT’. I have to push through and I know, I know deep this time, that somethings different, I Am different. I feel that what ever has to happen or fall away is OK. I Am trusting that, that’s the way it has to be and with perfect timing I read in Day 4 that failure is an illusion. No one ever fails at anything. Everything that you do produces a result. 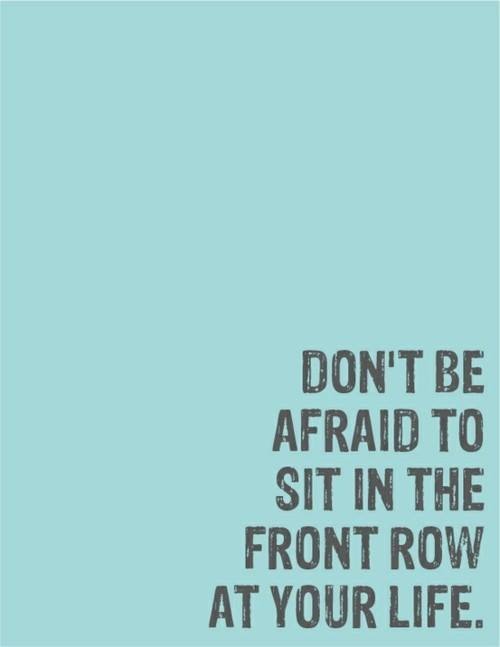 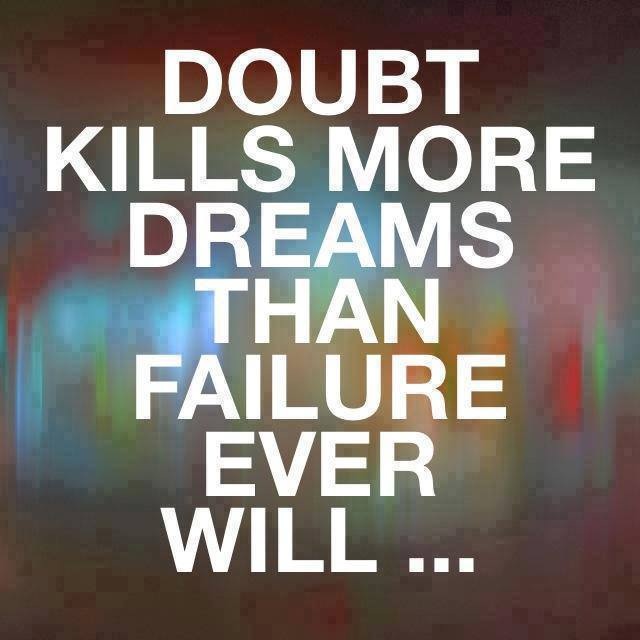 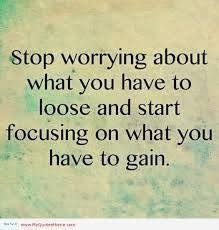 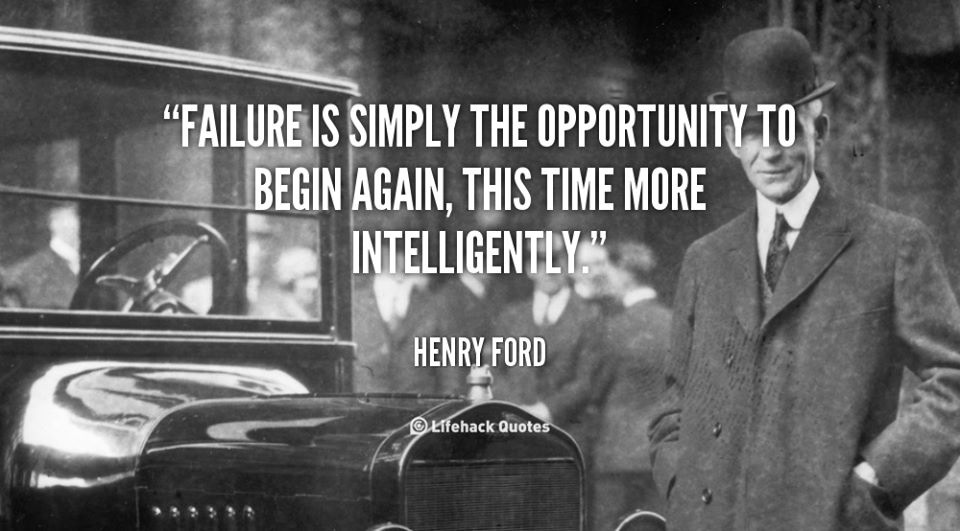 When I thought the words dried up the above appeared just from a few minutes of “Sitting” and even more miraculous, this morning I actually jumped out of bed wanting to get to the laptop and finish this blog as I was unable last night due to a prior commitment. Now I haven’t felt that inspired ‘In Spirit’ since 1999 !!