Decided to read an article about Paul Potts in a magazine . They asked him who his inspiration is and he said Maya Angelou. There was a picture of her in an inset, she appeared familiar but I wasn’t aware of her or her work.

Shortly after I was scrolling through Facebook and saw this 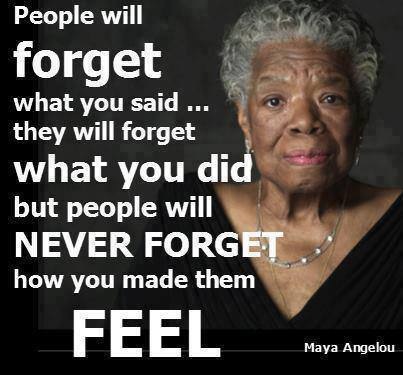 I have never seen a post by her before, I just read an article where she was mentioned and minutes later the above appears.

This week has been a flat liner in the form of motivation and inspiration. I have been strong in the face of adversity and faithful to my beliefs when mocked but it’s been pretty uneventful. Maybe I Am crazy but I felt this coincidence was a message from the Universe saying “I know not much is happening but remember, I Am always here even when you think I’ve forgotten you”