Have I mastered my Money Mindset 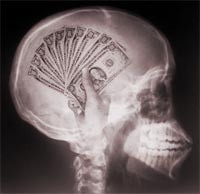 As the name says I am The Law of Attraction Lover and I believe it , love it, use it, get it to work for me but Money or should I say Mega Money … Blaaaaa !!! That’s a discription of my stomach rolling over at the thought of it.

Well that’s a positive affirmation right there – Not !

But a few months ago I told myself I will overcome this one if it …. well you know the phrase.

I have read more books than I can calculate before making the decision to kick this sucker to the curb about money mindset but I knew to cure it I couldn’t stop there.

So I continued reading watching, listening, affing (affirmations if you are new to my blog and not aware of my terminologies)

And gradually I have started to feel the fog start to lift and become more and more comfortable around money but not only have I begun to feel comfortable, I have actually felt happy about it and literally eager to pay bills.

Some of it I have got to myself and some thank you Universe, I have been presented with the right materials at the right time.

What do I mean ages ago? For instance about 2 years just around now I heard of Christie Marie Sheldon and what she calls lofty questions. These were working for me well and I was getting positive results but then I manifested a business. See I told you the Law of Attraction has worked for me but that should all be documented in other posts so I won’t go in to it here.

Around the same time I came across Denise Duffield Thomas and her book “Get Rich, Lucky Bitch” and immediately started implementing some of the suggestions combined with the lofty questions

I started logging money coming in, saving, de-cluttering, ditch the dodgy under-ware (you’ll have to listen/read the book 😉 )

I am aware a big part of attracting what you want is feeling and I am becoming better at taking time to read my feelings and I went I started saving it felt good. I also started seeing and increase in my business when I started logging the money coming in.

What was really liberating when I read “Lucky Bee” was Denise admitted she constantly works on her money blocks and we will always have money blocks to work on. Instead of being depressed at this prospect I thought Yeah, I am not broken

I always thought the reason I was never Mega Money abundant was because I was not cured of my money blocks. “I will never be wealthy”

Now I knew I would never be cleared of them and that’s normal and I will always have to work on them. I’m down with that. I can do the work now I know I always have to. I am a personal development junkie – Bring it on !!

Talking of doing the work Denise advises throw anything at it that feels right for you and it doesn’t have to be one practice over another.

Another positive because if you are told something that says you have to do this or you won’t get A, B, or C and you are not getting results with said practice you are going to feel a failure and negative feelings never get good results.

Probably because what I have digested previously I am not a total Dork around money and do have faith around certain financial topics working out ok. One of those is what instigated this blog post …. but first a couple examples.

Last Friday when I least expected it a series of events happened and then inspired action made me to do something and then I got my answer … and then some.

The ‘Then Some’ was a link to the very thing I wished to achieve this year. Doing a gut check and reading my feelings (Joy) I did it and it cost a lot less than I anticipated

But as Denise predicted I then I had a Blaaa !! gut role because I potentially have a bill coming up that I don’t know the final cost of however “STOP PRESS” my mind almost a second later formed a lofty question that it was ok because I was going to make the money back today. Motivated by this I thought I won’t stop there. Not only am I going to make this back I am going to double it. Wow, Wow, Wow !! Get me.

No worries because just by thinking it seemed to do the trick and I did in fact not only make the money back that I spent out but I did double it in takings in my shop.

This made me very excited not to mention happy and I swore from now on when I get a gut a role I am going to focus on my abundance and belief in attracting more than whatever it was I have to pay out.

One habit I have adopted for a while is saying/writing affirmations about gratefully paying for any service or product I desire or require and that I always have enough money for it, as if validation of this and my actions the other day, yesterday while trying to listen to a Podcast that wouldn’t play it instead started playing a podcast by Mindvalley when someone totally new to me Ramit Sethi was being interviewed.

Ramit very early in the podcast spoke of when someone boasts about finding a loophole not to pay for a service etc ie Taxes (bill with the unknown amount awaiting to pay) they are projecting a scarcity mindset. He said if you are in business you have things to pay out, taxes, pay an accountant etc. Get over it.

Because of material digested a long time ago I had shifted my mindset on getting a cleaner, paying someone to cut the grass, do your taxes etc because when you pay them for their services and skill set it frees you up to earn money doing what you are good at to pay them and create an income for them. Win, win so I totally got what Ramit was saying and it took me back to my behaviour and lofty question when I paid for the service this past Saturday morning where I overrode the Blaaa !! feeling with my abundant mindset action and then Ramit said a quote that made me go “I’m having that. That is going in to my journal.

“Abundant People Realise Their Future Is Brighter Than Their Past”

I have a small physical craft business while thankfully popular and keeping me afloat as soon as I build up a bit of money I would need to buy stock and materials so while a looming tax bill would look daunting for some reason I had Faith it would all be alright but I would just acknowledge my partners concerns not wanting to express my belief as he openly admits he doesn’t get my Woo Woo.

Right you pesky money block time we tango’d. So I put an alarm on my phone to stop and have lunch while writing lofty questions before the meeting to put me in a better frame of mind and I even used the quote above as I entered the reception (throw anything at it malarky)

I even caught myself smiling as I went back to my shop, thinking well that went well and I actually feel happy.

Hang on, have I finally changed my money mindset

If I can do it, anyone can do it