Read the other day how networking now and in the future is more about shared beliefs, values and interests that build stronger, productive, relationships rather than just status and titles.

How refreshing a thought is this and it came across to me that it is also reassuring in a time we hear negative press about social network sites being responsible for things like teenage suicide and racism that such a positive movement can also be achieved by it that can, will and is creating a cultural shift in consciousness in the way we work together.

I love the new coke a cola advert that uses positive and negatives. It shows for each negative action there are hundreds if not thousands of positive things happening in the world.

I once planned to create a brand called Ali P Positive Art because during a college assignment and later with my finals in my degree I was the only one focusing on the positives in life. Be it spotting a lone beautiful poppy on a patch of waste land or seeing nature overcoming industrialisation and I had aimed to help others to take time to look for the positives in life every day like Eckhart Tolle advises to just experience.

I never followed through with Ali P Positive Art because of obstacles and the kind of person I was then (fearful and full of self doubt and lacking in confidence).

Yesterday I was actually listening to Eckhart Tolle and Oprah Winfrey on Youtube, a series called A New Earth and I was particularly struck by something Eckhart referred to about people saying they are trying to work out their purpose or not knowing what their purpose is and Eckhart said he would prefer to think of it more like instead of finding their purpose, let their purpose come through them.

He also said it can take a long time for your purpose to come through you, it can take years.

I also found this refreshing. In this scenario I don’t have to look or feel wrong because I haven’t managed to find my purpose yet or something didn’t work out. Maybe it just wasn’t my time or my purpose.

I Am a funnel for my purpose. 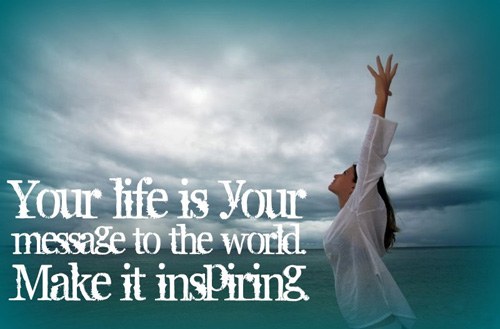