We are ALL Miracle Magnets 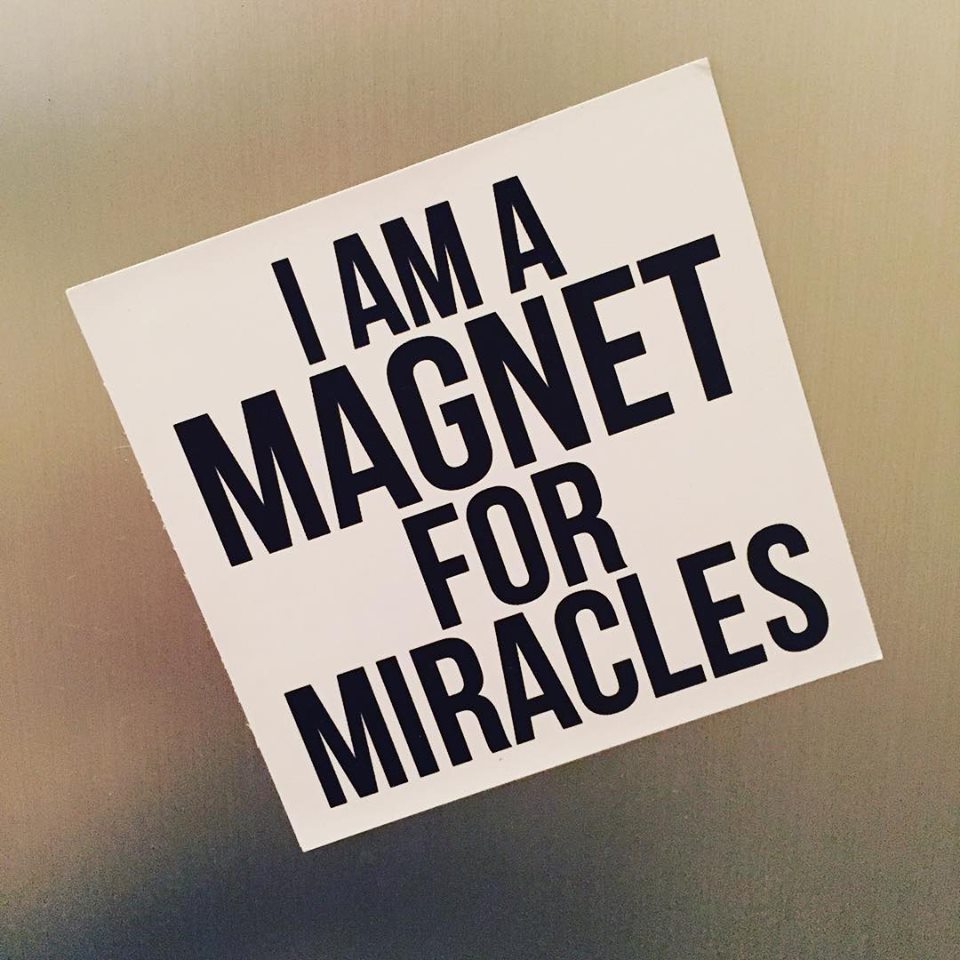 Yesterday I wrote about flipping it, switching it. After hearing Jim Rohn say UNTIL after I nearly gave up on a dream  I decided to do something constructive and I switched it and flipped it and started to refocus on what I want, not want I don’t want.

After finishing reading “The Richest Man in Babylon” I decided to make a tick list of the recommended reading list and tick them once completing them. I had already prepped a reading list of 2016 but this was after reading several articles of how successful people are avid readers, Bill Gates being one of them so that every time a finish a book I add it to my list so I can actually see all the books I have read during 2016 and the first book I picked from the Babylon list was “Thought Vibration or the Law of Attraction in the Thought World” by William Walker Atkinson.

This gave me some good starting pointers as reminders to get back on track. You’ll have to read the book but I have adopted a couple new habits when ever fear or doubt creep in and that is to immediately switch it and say “I now have All the Courage of the Universe in me” and the other thing I say is when I think that I can’t have what I desire “I Am the Heiress of the Universe”.

My old subconsciously inherited Thought Forms are pretty darn stuck in those neural pathways and still require some conscious effort to switch and flip so I decided I needed to refocus on world view 2.0 not 1.0 so I dipped in to my kindle app to start rereading Pam Grouts “E:cubed” and make it playful.

In E:cubed Pam has added some communications that Pam received after writing E:squared (highly recommended if you haven’t read it) and it reminded me how people when faced with something they actually started saying they would ‘E:square it’ so yesterday after doing the ‘Happy Dance’ I decided to E:square things when faced with something that tried to flip me back to world view 1.0 and remember the Universe has our back 24/7 and to look for the miracles.

Well yesterday was filled with more miracles than I could shake a stick at and the Universe definitely has a sense of humour constantly sending me little messages to show we me that I am a human transmission tower with even the most random of thoughts creating an impact.

I decided this morning I would also adapt something else Pam does and before I get out of bed I would say “Something amazingly awesome is going to happen to me today !!”

Well it already has – My eldest daughter is getting married soon and I still haven’t got a dress. I’m not scared as I trusted that I would find a dress as I have always found something fantastic and perfect at very short notice on previous occasions however I was very disappointed when I found the perfect dress on line several months ago but it was late in the season and only stick insect sizes were left. I copied and pasted the dress name in to the internet but still the same – insect sizes only then this morning a series of events happened that made me come across the dress again in insect size but I don’t know why I felt inspired to copy and paste it again and also inspired me to click on available sizes. Could I being seeing right? This dress that I could not find for love or money previously was staring at me in my size and not only that, reduced to £90 of your British Pounds instead of the original £230.

I flipped it and switched it and I am now a Miracle Magnet.

My advise is read Pam’s books. Just by reading the books it changes your vibration to world view point 2.0.

Have a miraculous day

2 responses to “We are ALL Miracle Magnets”