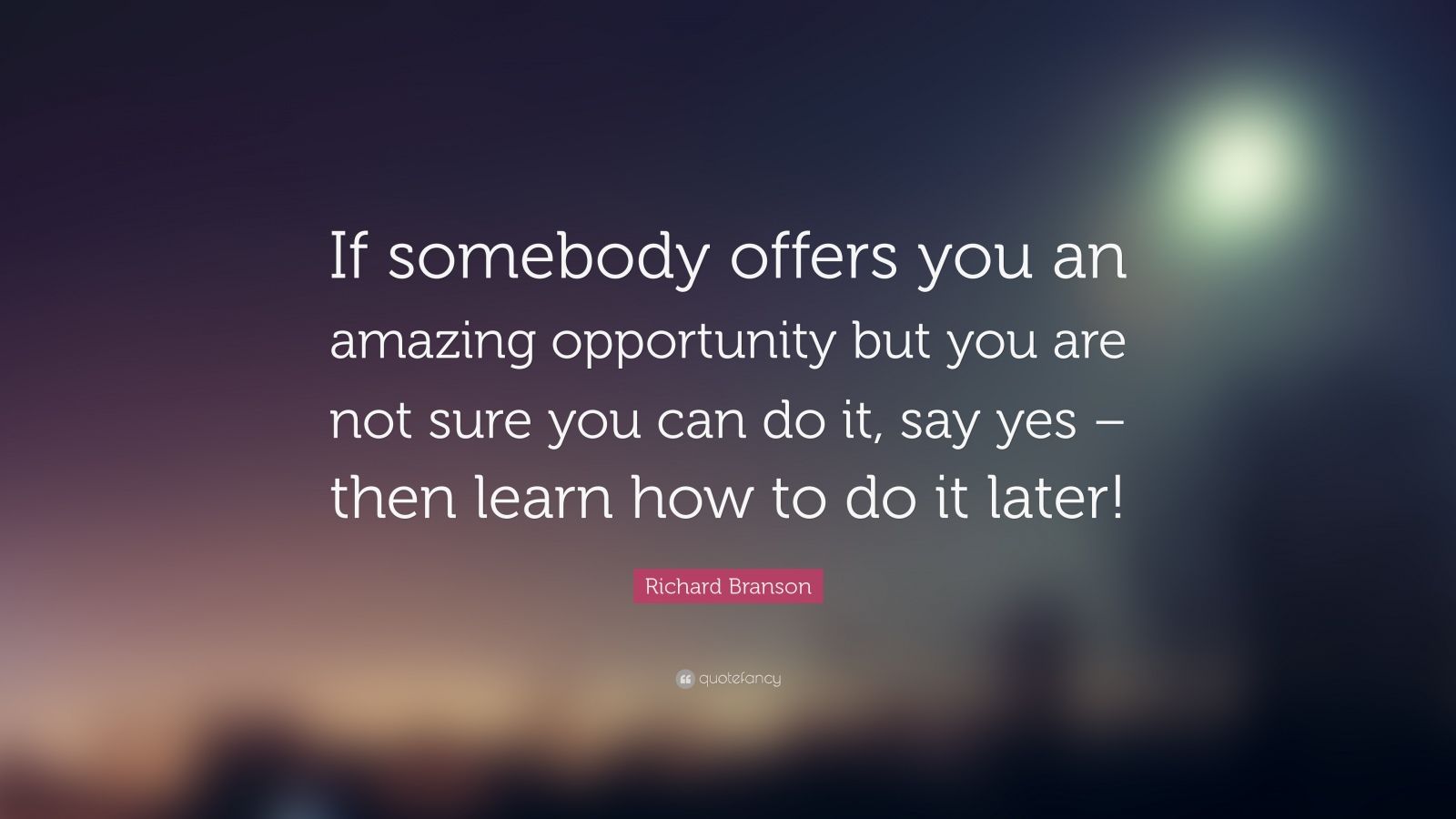 When I read Sir Richards Bransons book “Screw it Lets Do it” I quickly saw that he and people like him, Bill Gates for example didn’t have all the answers when they embarked on something but that didn’t stop them. They new they could get the answers and learn a long the way.